Armory Ranges is the hub for the two premier shooting facilities in Tennessee, Nashville Armory and Franklin Range. Each store offers an impressive retail showroom, classrooms, and state of the art indoor shooting range. Our facilities rank as one of the largest and most advanced firearm facilities in the country. Nashville Armory and Franklin Range’s retail shop offers a full line of firearms, accessories, ammunition, apparel, and knives. Our range features climate-controlled pistol and rifle rated bays and our training center offers a wide variety of classes for any skill level lead by our multi-level certified instructors.

Why We Are Different

We know that buying a firearm can be an intimidating experience. Armory Ranges has a different mold in mind: open, modern and clean. Armory Ranges facilities pride themselves on having no attitude and a no-pressure staff. Whether it’s your first time holding a firearm, or you’re an experienced shooter, you will be met and guided by professionals whose only goal is to provide a safe and comfortable environment in which to assist you with your personal shooting needs.

Offering the finest names in the industry, and boasting a wide selection of new and pre-owned firearms, suppressors, optics, knives, apparel, and shooting accessories. Our knowledgeable sales professionals will help meet any shooter's needs.

From a Basic Handgun Carry Permit class to an Advanced Defensive Carbine course, our certified instructors are committed to helping you reach your shooting potential.

Our ranges offer indoor rifle or pistol shooting in climate controlled bays on the most advanced wireless target systems available for an unparalleled shooting experience.

To promote firearm safety, responsibility and proficiency through education and training.

Whether you’re an avid hunter, experienced marksman, or just someone who enjoys a fun day on the range, you’ll find a lot to love at one of our Armory Ranges locations. We believe strongly in the Second Amendment and our mission is to promote responsible gun ownership in our communities. I am originally from the not so firearms friendly state of NJ. I joined the US Army in 1998, first assigned to the 101st Airborne Division, Ft. Campbell, Ky. I served with them for 5+ years, deploying to Afghanistan (OEFI) and Iraq (OIFI). I served for two years as a Ranger Instructor at Camp Merrill in Dahlonega, Ga during which I attended the Special Forces Assessment and Selection. I graduated from the Special Forces Qualification Course in March 2007 and was assigned to the 5th Special Forces Group (A), returning to Ft. Campbell, Ky. During my time as a Green Beret, I deployed to Iraq 8 additional times before I retired on 31 May 2018. I have always enjoyed instructing, teaching, doing. It was a large part of being an NCO in the Army and I have always felt a sense of satisfaction from being able to produce a quality product from every level. Aside from shooting, I love cars, long walks on the beach, and my family. 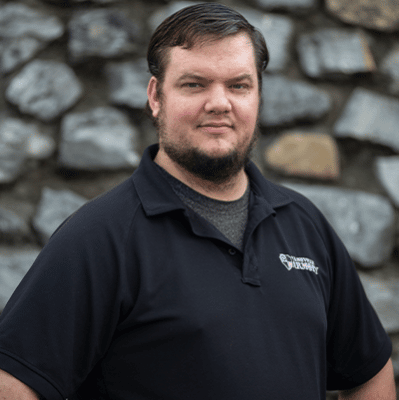 Being born and raised in Tennessee, I was fortunate to be able to grow up around many different types of firearms. I was taught to respect firearms from a very early age, and that respect quickly turned into a passion. My first job out of high school was selling guns at Bass Pro Shops. While I enjoyed my time there, when the chance to work at Nashville Armory arose in 2015, I could not pass it up. Fast forward 5 years, and I was presented with the opportunity of becoming the General Manager of Franklin Range. It was something that I knew I wanted to do when I entered the shooting sports industry in 2008. I have been incredibly fortunate to be surrounded by great co-workers and leaders along the way who have passed down invaluable information and I look forward to passing this along to our customers. With the current growth of the shooting industry, I realize that customers have more options than ever to satisfy their shooting needs. That’s why, at Franklin Range, our goal is to ensure that every customer has an enjoyable experience while receiving the best customer service possible, all while providing you with the safest possible environment in a gun store and range. 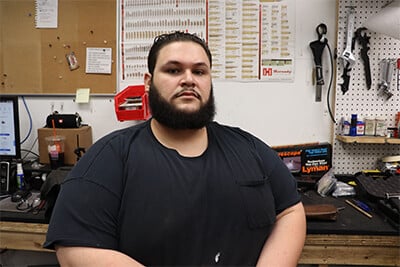 I am a New York son, being born in Manhattan. I grew up in a Puerto Rican home where from the very start my siblings and myself were taught the values of respect and hard work. Leaving the north we ventured to the south where we stayed in Miami for a few years then ultimately resettling in North Carolina. There I went to high school in Indian Trail. Spent those years searching for what and who I wanted to become. It wasn’t until moving to this countryside that I finally got my hands on a firearm. It was a Glock 19 my mother purchased for her very first CCW. I remember how I felt, excited yet anxious. I was always curious about firearms but never got a chance to explore more until I moved to the south. After high school I took some time to finally decide on what I wanted to do, I wanted to be a gunsmith. After researching and having the curiosity to grow I decided to go to school at Sonoran Desert Institute. There I learned everything and anything revolving around the firearms world and what it means to be a gunsmith. Anything from functions checks to hand checkering, woodworking to ballistics, the curriculum was never dull. Taking the Associates Degree I graduated in November of 2019. After school I began working for Riley Defense Inc in Charlotte, North Carolina. There I learned primarily about AKM pattern of rifles. From Polish, Hungarian, Bulgarian and Yugoslavian, I learned all AK models and variants to what went into manufacturing American Made AK rifles, and I took great pride in it. The team at Riley Defense Inc paved the road for me and now I am the head gunsmith here at Nashville Armory. It was a leap of faith to relocate from Charlotte, North Carolina to Nashville, Tennessee but I can firmly say that this is my new home and I am your gunsmith. So come on by for simple firearms maintenance questions or even any firearms repairs and modifications, custom builds, and even CERAKOTE. My craft is ever-expanding and I am here at your service.